You go through life thinking there’s so much you need…

Until you leave with only your phone, your wallet, and a picture of your mother.

Marin hasn’t spoken to anyone from her old life since the day she left everything behind. No one knows the truth about those final weeks. Not even her best friend, Mabel. But even thousands of miles away from the California coast, at college in New York, Marin still feels the pull of the life and tragedy she’s tried to outrun. Now, months later, alone in an emptied dorm for winter break, Marin waits. Mabel is coming to visit, and Marin will be forced to face everything that’s been left unsaid and finally confront the loneliness that has made a home in her heart.

The characters were multi-dimensional. It took some time to get to know Marin as the reader, but I enjoyed unravelling the layers of her personality to learn about her. I also loved the person from the life that Marin left behind. Even though this person didn’t make an appearance in the novel, their presence haunted the entire book, as it haunted Marin’s life.

I also loved the relationships between the characters. The relationship between Marin and this person from her past was complex and profound. On the surface it was an ordinary yet beautiful relationship. However, as we dove deeper we learned that there were flaws and cracks, resentment and regret. I also loved Marin and Mabel’s relationship. The two were best friends and yet the history of their affection for each other was complex.

The novel alternated between present day and the past. In some ways it felt almost like a mystery novel, in that the premise opened with a few questions: Why was Marin so sad? What was Marin running away from? What happened in her past? What happened between her and her friend? As questions were answered and more questions were unearthed, I gradually learned more about Marin and her past life, her relationship with the person from her past, and her relationship with her best friend. Nothing was what it seemed like. Because of this, there were tension and a sense of mystery throughout the story, so I never felt bored.

I loved the prose. It was beautiful and heartfelt.

This novel was a bit on the heavy side despite its short length, which was to be expected because of its subject matter. Although it was beautifully written, I found that it took longer than usual for me to get through and digest.

We Are Okay was a heartfelt and emotional read. Definitely recommended if you are looking for an emotional YA contemporary book!

Are you a fan of YA contemporary? Do you prefer lighter novels or heavier ones?

Photo by Silas Baisch on Unsplash 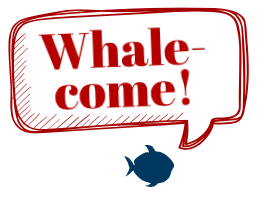