Thank you Jayati @ Junky Writing for nominating me for this award! I would choose a sunny day over a cloudy one any day so this one is perfect for me 🙂

What is your favourite word?

Tough question! There are some words that I like in theory but rarely use (like imminently, “is this project due imminently?” “go out for dinner, like imminently?”) However I think I will choose a word that naturally rolls off my tongue (or my fingertips), and that is “amazing”. I use this word a lot, and it’s truly because I am often amazed by things and by people.

Which book will you never get tired of rereading?

Confession, guys: I don’t reread books often. With the limited time that I have to read and an ever-expanding TBR……. well, I feel that it is more efficient to read new books, right? If I do have to pick one series, it will have to be Harry Potter. I am re-reading this series right now and I already feel determined to re-read it again in the future!

Why did you start blogging?

Initially, I started blogging because I wanted to be able to share my writing online. Of course much has changed since then (although I do some write tags / character aesthetics / share snippets, as you guys may know that’s definitely not the focus of this blog!) Because of blogging, I met a wonderful community who inspire me to keep reading.

One thing you would never give up?

Wow this is hard! Where do I start? Other than the basics (food, water, oxygen, health care, electricity, money, free will), I wouldn’t give up my laptop. And that’s because it is where all my WIP and past novels are stored. (I should really start backing them up, shouldn’t I?)

Which type of posts do you have the most fun while writing?

I love to do wrap-up posts because it is a time for me to reflect on the previous month and set goals for the next one.

Favourite blog post (by you or any other writer)?

This is another tough question! There are so many blog posts that I love (both by myself and by others), that it would be so hard to just choose one. However I do want to share this Youtube video about a girl who stores four years of trash in one mason jar. It changed how I live my everyday life and made me question the purchases I choose to make.

If you had to change your name, what would it be?

If I were to change my name, I would go on a creative limb and change my name from Sophia (my true name) to Sophie. (Though I already kind of had on this blog, hahahaha…)

What one question would you like to ask me?

What is your favourite word, Jayati?

“What is my favourite word,” because I really had a hard time answering that first question LOL. I came across a quiz that promised to reveal my favourite word to me (but it was not helpful haha :))

What language do you wish you could speak?

French! I love the sound of the French language, and French was one of my favourite classes back in grade school and high school.

How do you deal with a reading slump?

My reading slumps tend to be triggered by one or few books I’ve recently read that burned me out. I think it helps to switch gears and read a book from a different genre or to read a short and fluffy book that I know I’ll get through.

I nominate these awesome peeps:

Zoie @ Whisked Away By Words

Sophie @ Beware of the Reader

Kat @ Life and Other Disasters

Me and Ink Blog

Dani @ Perspective of a Writer

No worries about doing this tag if you’re not feeling it. On the other hand, if you haven’t been tagged but want to do this one, consider yourself nominated! 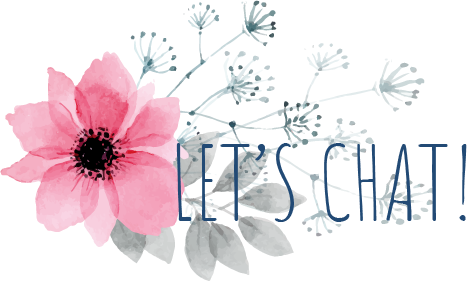 How would you answer some of these questions?!