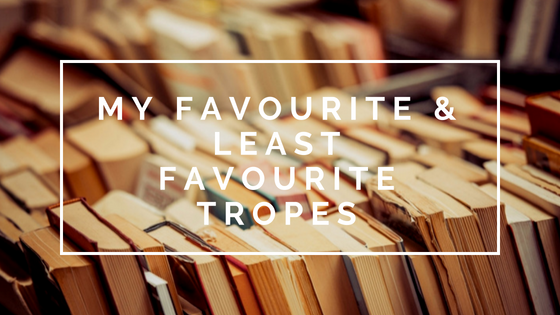 How are you guys doing? I am enjoying some time off from work this week (yay!) and starting to feel the time crunch for Camp Nanowrimo. I have 6 days to write 8K words (bring it on!!!)

Today I want to tell you guys about my favourite literary tropes and my pet peeves!

This is a trope where two people begin as friends and then discover that there is something more. Alternatively, one (or both friends) had secret feelings for the other to begin with. There is something about this type of slow-burning romance that I love!

My other favourite type of slow-burning romance is the enemies to lovers trope! This is when two people begin as enemies or blatantly opposite in personality and interests, however begin to develop feelings towards each other throughout the novel.

Examples: Simon and Baz (Carry On), Damen and Laurent (The Captive Prince)

As you know, love triangles occur when a character has to choose between two suitors who are both desirable. Love triangles get a bad rap! A lot of people dislike love triangles or find them annoying. I think love triangles can be done well if all the characters involved are well-developed, relatable and likeable. If done well, they can keep us in suspense: who will he or she choose? If I genuinely care about the characters and if I truly cannot predict the pairing at the end, then that is a sign of a good love triangle in my opinion.

Example: To All the Boys I’ve Loved Before

This is that character who is beautiful and intelligent and kind and popular and flawless in every way. 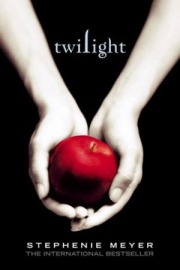 This is the character in their late teens or early 20s whose intelligence and/or skills exceed that of their peers. They attempt a challenge that many adults fail at, that’s just child’s play for them. They are likely nationally/internationally known for their talents, and adults call on them for their help.

I don’t know, call me jaded, but people in their early twenties usually don’t own companies or are multimillionaires? I mean, I didn’t get out of university until I was 24, and even after graduation, I started off at the bottom of the corporate food chain (and expecting to remain there for the next 10 years…. lol.) Don’t get me wrong, there are talented and skilled kids out there, but this can be exaggerated in books.

Examples: Hideo (Warcross), Kvothe (The Name of the Wind), the kids (Illuminae)

(As much as I actually love these books, they do give me a bit of that child genius vibe.)

That Character who is Beautiful but Does not Know it

This is the character (usually female) who does not have a clue that she is beautiful, only to discover that (gasp) for some reason everyone falls in love with her beauty!

There is so many things wrong with this trope. First of all, if a character is absolutely beautiful, she MUST have a character flaw (see above). Secondly, feel free to correct me but after day care and kindergarten and grade school and high school…….. we get a pretty good sense of how our appearance is perceived by others. I think that creating this sort of character who is both beautiful and oblivious to her beauty is an author’s attempt to not have this character come off as vain. A person/character can be beautiful and be a good person, I’m just saying that realistically, if you’re beautiful you’ll know it.

What are your favourite and least favourite tropes? What do you think about love triangles?