Generally, fiction is my poison of choice. I chose to read most of these non-fiction books with the intention of doing research for my current novel, although one or two are for general interest (I will let you guess which are which). I’d have to say, however, that these books I’ve read so far are amazing and definitely recommended for anyone who have an interest in these topics.

A Story of Art by E. H. Gombrich (Print) 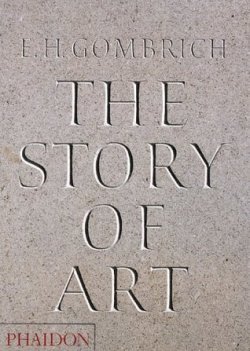 E. H. Gombrich summarizes the history of art from pre-historical times, to the Greeks and Romans, to Renaissance and Baroque, to Modern Art. He refers to well-known as well as lesser-known masterpieces, prints of which are all included in the back of the book, making it easy to follow along.

I love how readable this book is. You would expect that any book about art history would be bogged down by fancy words and technical terminology, but this is not so for this book. E. H. Gombrich’s goal is to write about art history in a way that someone (such as myself) who doesn’t have formal art training can understand and appreciate, and he is remarkably successful at that.

Throughout the book, he presents interesting anecdotes. My favourite is the story of Brunelleschi, who designed the dome of the Florence Cathedral and developed the technique of linear perspective. Back in the days, he used to be a renowned goldsmith. He entered in the Bronze Door contest, in which participants compete to design the doors of the Florence Baptistry. However, Brunelleschi lost to Ghiberti, who ultimately claimed the prize. Brunelleschi vowed to leave his profession in goldsmithing and then began to study architecture. If Brunelleschi had not flunked the Bronze Door contest, the Florence Cathedral wouldn’t be what it was today, and maybe we wouldn’t have linear perspective.

Upon reading this book, I gained a deeper appreciation of art, and I see art in a different way. For example, I never understood Modern Art before. (Why do a few paint splatters on a blank canvas qualify as art?) Now I do.

This is a must-read if you love art and want to learn more about art history.

The Noonday Demon: An Atlas of Depression by Andrew Solomon (Audiobook)

In this book, Andrew Solomon speaks about his own experience with depression, in addition to discussing the neurobiology, treatment, and societal impact of depression.

As someone who works in health care, this book gave me insight into the perspective of the patient with mental illness and their interactions with the health care system. As a human being, this book lends me perspective into how it would feel to have depression, and how crippling depression can be.

In spite of discussing depression, this is not a depressing book. Andrew Solomon does leave the readers with an attitude of optimism.

This is definitely recommended for anyone who interact with people with depression, whether you are a health care worker, a family member, a friend, or if you are experiencing depression yourself.

I would highly recommend the audiobook, which is read by Andrew Solomon himself. (Which is perhaps a biased opinion, since that is the format that I used.)

To get the flavour of this book, Andrew Solomon has a TED talk which you can watch here.

Labour of Love: The Invention of Dating by Moira Weigel (Audiobook)

Moira Weigel discusses the history of love and dating and the impact of societal, political, and economical forces on the process of finding one’s significant other.

There are some interesting facts in this book. For example, did you know that the gay bar inspired the creation of the modern-day singles bar? And that, back in the day, single women met their significant others while working in the laundromat?

Although it was an interesting book, I am not entirely fond of the structure and organization. (Perhaps it was because I listened to the audiobook, and that the structure would be more visible if I am reading it on a page.) This book is not written chronologically, which makes it difficult to remember what happened when. I wasn’t quite sure how the book is structured.

Bottom line is that this is an interesting book for those who are interested in the topic, but the lack of structure may be an impediment to full appreciation of the content.

On Writing: A Memoir of the Craft by Stephen King (Audiobook)

Stephen King shares his own journey to becoming a bestselling author, as well as some written tips for aspiring writers.

This is actually my second time reading the book (first time was more than 10 years ago, so maybe it doesn’t count.) Stephen King is ingenious. Although I’ve read some of his novels in the past, I am not a fan of the genre that he writes in. However, he is an amazing writer, and it is so inspiring to listen to a writer speak about how he got to where he is.

Keep in mind that this was written in 2000, and that it was decades before that when Stephen King was a fledgling author. Many tips that he shares are timeless (such as the ones outlined above), but other tips are perhaps out of date. For example, he recommends submitting short stories to magazines as a beginning step for new writers, which do not apply anymore. Of course, self-publishing and building an author’s platform are not touched upon in this book.

Despite this, I still do recommend this book for any aspiring writers and/or Stephen King fans. There is still a lot to take away from this book, even 17 years after its initial publication date. Did I mention that the audiobook is read by Stephen King himself?

Drug Dealer, MD: How Doctors Were Duped, Patients Got Hooked, and Why It’s So Hard to Stop by Anna Lembke (Audiobook)

Anna Lembke is a physician who specializes in substance abuse and addiction. In this book, she sheds insight into the perspective of five patients (with their permission) who had experience with prescription opioid abuse, which is an immense issue today. She also speaks to the complex factors that are at play in perpetuating this problem, including the physician-patient relationship, insurance companies, and Big Pharma. Lastly, she offers potential solutions to the prescription opioid abuse epidemic.

This was an incredibly interesting book for me as someone who works in the health care field. As a health care professional, it may be easy to look with suspicion and disdain at the person who asks for more and more narcotics, who consistently comes in early for refills, who claims to have lost a bottle. However, this book gave me perspective into how it is like from the patient’s perspective.

I believe that prescription opioid abuse is not an issue of the individual, but an issue of the health care system. Many opioid abusers have their first bottle of oxycocets or hydromorphs prescribed upon discharge from the hospital after a surgical procedure, often at a quantity that is not required, and without the appropriate counselling. In fact, in my job training, I’ve been told that painkillers are not addictive when they are prescribed for pain, which is the message that we send out to our patients in hospital. But that is not the case at all. When narcotics are taken consistently for a period of time, then stopped abruptly, they can cause terrible withdrawal symptoms (not life-threatening, but just terrible), which leads the patient into seeking more medications. Of course they are addictive.

And then there is the Big Pharma. Back in the days, physicians were hesitant to prescribe narcotic painkillers because of the fear of addiction. In hopes of expanding market for these painkillers, Purdue marketed oxycodone as a non-addictive and effective painkiller, which spurred increasing prescriptions of this drug, and as a consequence, increasing rates of opioid overdose. In May 2017, Purdue finally made a settlement of $20 million on a Canadian class-action case for false marketing. This may seem like a small win. But what is $20 million dollars, in comparison to the billions of health care dollars spent on this epidemic, to the hours of lost productivity, to the number of broken families and lives ruined and lost?

As you can see, I can talk forever on this topic, and it could easily be a post on its own. What are your thoughts on the prescription opioid abuse epidemic?

This is a must-read for those who work in health care, particularly those who have contact with patients at risk for drug abuse. We need to de-stigmatize opioid abuse, so that patients will be more willing to seek help. We need to stop blaming individual people for drug addiction, and turn our attention towards finding a systems solution.

I also recommend this book for friends and family of people who are afflicted with drug addiction, as well as those who are, or have once, been affected by opioid abuse.

What are some non-fiction books that you enjoy? Any on your reading list?